After a day in New York I had finished my deliveries and spent the night at Hunts Point market.

The next day I found my way down to TMI trading in Brooklyn, at first a very intimidating place cause of the way you need to back in. 90 degrees from the street and into a garage. Not too much room but it's perfectly possible and not as bad as it looks.

Traffic out of there was bad and of course the worst day of the year to be here, took me about two hours from Brooklyn up 278 and 87 to 95, then finally made it over the George Washington bridge. Traffic was still bad for a few miles on 95 until I exited to 78.

I delivered at Sygma around 10pm last night and was empty around midnight. Pretty good since my appointment was to 1 a.m.

It's week 14 already and we had a great weekend, really warm weather on Saturday. It was great, but thunderstorms came and ruined some of it, but turned well later on. Sunday was good too. Monday was read more...

Haven't been able up update very much lately on this blog, mainly because I've been busy with work, my project and washing my hands.  Things are really getting crazy over here now, they're shutt read more... 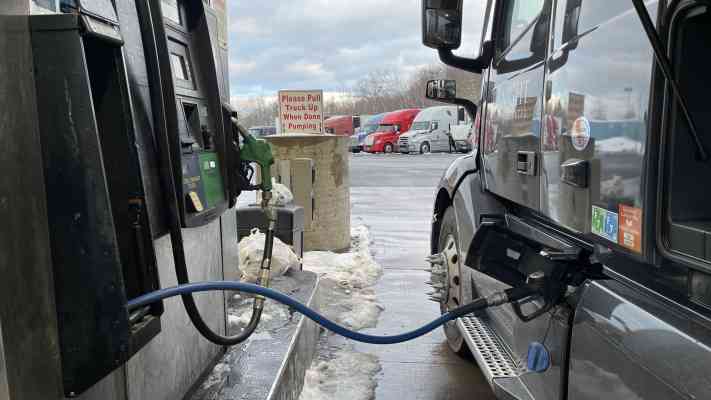 Started off this morning from the company yard in Carlisle, but first, it was time for a truck wash. It's been a few weeks since the last, which is well overdue and also pretty embarrassing, I really read more...

I wonder if this week will be now dangerous than normal cause of all the protests around the country. Dayton had curfew at 9 p.m. this weekend, Columbus had at 10 p.m. While other cities like New York read more...

This is my second trip to NYC and Long Island. Same stops as last time, but a pickup from Brooklyn, very close to my second stop. Weather is great today, in the mid 40s. Thanksgiving is also coming u read more...