It was another long day yesterday, I started the day at Hunts Point in Bronx drow down to qpsi for a load,  then headed all the way over here to Dayton Ohio and called it at night. It was a good run and it was good to get parked.

My previous dispatch with a local East coast run got canceled, but this was a much better load anyway.

I had another dispatch picking up from Indiana back to Target in West Jefferson tomorrow, but that was canceled too. So at this point, I don't have a pre-plan for the rest of today and Friday. That means there's no need to stress getting up.

Other than that, it's a beautiful day here in Dayton with a blue sky and a big sun.

Another Monday and I'm heading east again after a snowy weekend in Dayton. At least from Sunday with more snow Monday afternoon. Driving conditions were ok, but snow started to accumulate on i70 in In read more...

Been doing the ice cream loads all week and paychecks are looking great and I'm home every weekend. My choice was right. This is great.  Today my load was late and I've been waiting for a door s read more... 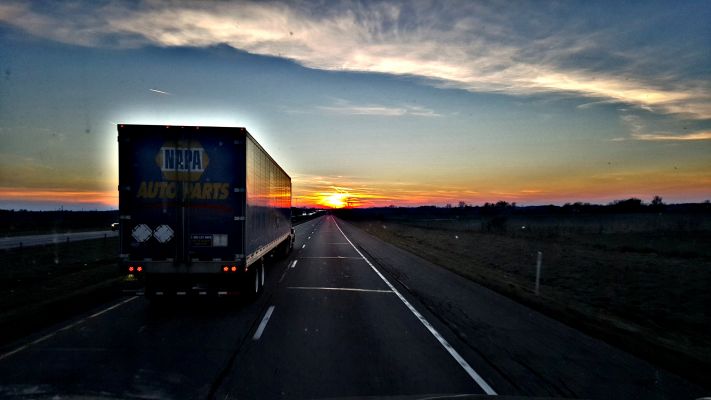 Went back to Hazleton on Friday with a drop delivere on Saturday, then went down to Flying J near Carlisle on US11 and took my night there. It was early, not even 17:00 when I parked. This morning I g read more...

The curve that's supposed to flatten is just increasing here in New York City and the president wants to open the country very soon. Go figure. The numbers here are doubling every three days now and p read more...

End of the week is getting closer and I'm here in Indianapolis with a little local load wrapping up my Thursday at 3 pm. Tomorrow I'm picking up a load in the afternoon from Indianapolis over to West read more...